We would like to offer our sincere support to anyone coping with grief. Enter your email below for our complimentary daily grief messages. Messages run for up to one year and you can stop at any time. Your email will not be used for any other purpose.

Share a memory
Obituary & Services
Tribute Wall
Read more about the life story of Andres and share your memory.

It is with great sadness that we announce the unexpected death of our beloved Andres Arturo Mendez of Poplar Bluff, Missouri.  Andy, as many knew him, was born June 21, 1965 in Alice, Texas to Feliciano Mendez, Jr. and Patsy (Almaraz) Mendez.

Aside from loving his family, Andy’s greatest devotion was proudly serving his country.  He swore into the Missouri National Guard at the age of 39.  During his 18 years of service time, Andy achieved the rank of Sergeant First Class, deployed to Afghanistan, assisted with multiple SED’s, instructed numerous classes, and was honored to be a military brother and friend to many.  After returning home from his deployment, he married his wife, Kathy on December 22, 2011, in Poplar Bluff.   You could find him enjoying time with his family, playing golf and poker, riding his motorcycle, telling jokes, and playing with his two dogs, Mija and Marlee.  Andy was of the Catholic Faith.

A Celebration of Life in his honor will be held in Poplar Bluff at a later date.

Condolences may be made online at www.fitchhillisfh.com or on the Fitch-Hillis Facebook page.

To send flowers to the family or plant a tree in memory of Andres Arturo Mendez, please visit our floral store. 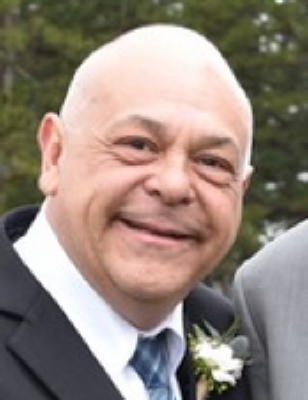 In Loving Memory Of

Look inside to read what others
have shared
Family and friends are coming together online to create a special keepsake. Every memory left on the online obituary will be automatically included in the book.

In Loving Memory Of

Look inside to read what others have shared

Family and friends are coming together online to create a special keepsake. Every memory left on the online obituary will be automatically included in the book.

You can still show your support by sending flowers directly to the family, or by planting a memorial tree in the memory of Andres Arturo Mendez
SHARE OBITUARY
© 2023 Fitch-Hillis Funeral Home, Inc.. All Rights Reserved. Funeral Home website by CFS & TA | Terms of Use | Privacy Policy | Accessibility